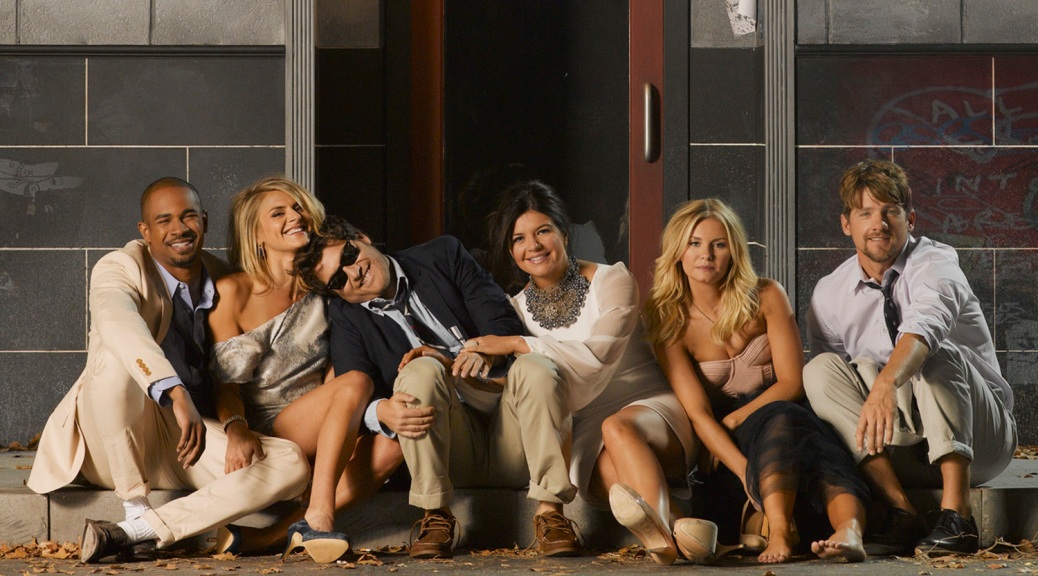 So, last year, under the influence of narcotic infused cough syrup and antibiotics, I wrote a post trying to convince my best friend and confidant Emerald to start watching Arrow. She freaked, had a boygasm and said she’d watch the show; she never did. I’ve also told her to watch GIRLS (approx. 2 years), The Mindy Project (January of this year), Game of Thrones (think she started it but never got passed S1 E2), Breaking Bad (don’t think I even told her but now I am), Heathers (cause it was Mean Girls before Mean Girls) and Buffy the Vampire Slayer (to which said, gross, no). However, she did watch Midnight In Paris…only after I bought her the DVD and then had to continuously ask her if she saw it yet.

In addition, to all those shows that I’ve already told her to watch, I’m adding a new one: Happy Endings.