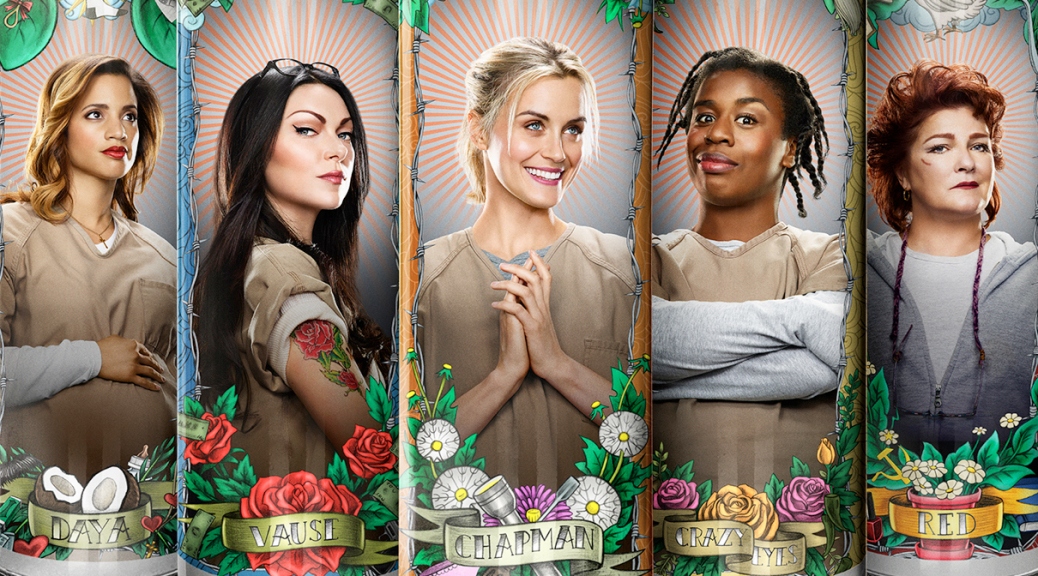 There is a sense of familiarity when you enter season 3 of Orange is the New Black. You know these characters now. For some, you know their pasts – while for others you know how they ended up at Litchfield. As familiar as Litchfield, and it’s inhabitants may seem, you can tell that something is different about twelve minutes into the season premiere. Twelve minutes is how long it takes for Piper to show up. Season 3 is the season where Orange is the New Black truly became an ensemble show. To the point, where I can see Piper leaving Litchfield, and the show continuing with the inmates who are still waiting to be released. 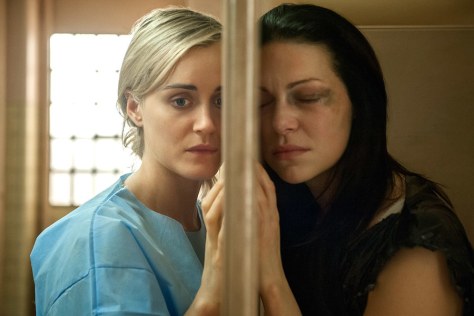 Normally, the demotion of a shows one time heroine would seem jarring, but OITNB begun this change back near the end of season 2, and fully committed to it in season 3. Piper is no longer the wide-eyed freshman to the prison who was startled by every new experience and trauma. She is no longer needed as the point of view to which we see the prison. Piper, and the show have settled in for the long haul. And, with it is gone the one central and rambling plot arc. Instead, we have plot arcs that rise, and fall with gentle slopes, and characters who mingle with others with familiarity.

Sure, season 2 had the big bad villain arc in the form of Vee, but a lack of central villain, and conflict in season 3 doesn’t make the show any less engaging. It is actually the very thing that makes the show stand out against a sea of great TV. Creator Jenji Kohan, and her writers have created a microcosmic world inside the prison. In this dwelling of chaos and order, lies a version of America’s melting pot. OITNB is the real world. The show has always depicted this with a dark comedic edge, but also with deep empathy.

In a way, Kohan is following the format for her previous show: Weeds. Where that show, reinvented itself every season, but got worse, OITNB has so far done the opposite. This season we moved away from the thriller like stand-off between characters, and into the realm of mordant comedy. In the beginning of this season, we actually got to see Piper (Taylor Schilling), and Alex (Laura Pepron) have genuine fun together. Sure, they spar a lot, and have a lot of reasons to hate each other, but it all forms their foreplay. This might be the first time we have seen these characters have genuine fun onscreen. For a little while anyways. 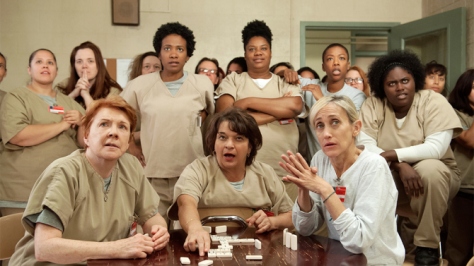 Season 3 of OITNB is the great season of female friendship. You have Big Boo, and Pennsatucky bonding and delivering hilarious dialogue and references every time the two open their mouths. You have Gloria (Selenis Leyva), and Red’s (Kate Mulgrew) fun fight over the kitchen. You have Nicky (Natasha Lyonne), and Luschek (Matt Peters) taking their friendships from pervious season into the foray of selling drugs. You have Taystee, and her group pretending to be Jewish to get the delicious Kosher meals at the prison. And then you have an entire group of inmates joining Norma’s new religious cult, after all her voodoo stuff from season 2 came true. As fun as all these comedy side stories were, they all became something meaningful at one point in the season.

You can always tell when a show has settled in. It becomes more comfortable in its quieter moments. A scene where two characters talk to each or simply sit in silence become some of the best moments in a show. And OITNB delivered those

moments in spades this season. This season characters were given a chance to pause, and reflect on their circumstances; the quieter things get, the louder regret, and despair scream. With all the snappy and witty dialogue, you tend to not realize how crushingly sad season 3 is. Characters like Nicky, Poussey (Samira Wiley), Lorna (Yael Stone), and Brook (Kimiko Glenn) begin to drown in feelings of helplessness. This tone is set right at the beginning in the first episode titled, “Mother’s Day.” It’s an episode that is meant to show how much life these women are missing out on, and how much they have changed. OITNB was never a realistic prison drama, still isn’t, but it does tap into something that is true: that prison is punishment and it hurts.

The hardships don’t just face the prisoners of Litchfield, as even the free men, and women of Litchfield have to face the struggles and pinch of a hard world. The prison is facing budget cuts, and is in danger of shutting down. A plot that is resolved early on, but its effects are felt through the entire season, and as far as that cliffhanger of the season proves, the effects of Litchfield becoming private will have some serious ramifications next year.

OITNB is a deceptively sprawling show, it has one of TV’s biggest casts, and yet it is remarkably well-balanced. There are some stories, that we could do without (ahem, the meth heads come to mind), but the show still remains a remarkable example of layered storytelling. One where everything seems random, until, it suddenly reveals its grander designs.

The show has changed its tone, from, “prison isn’t too bad,” to show how stuck these people really are. But, eventually a lot of these women will be released into a strange and inhospitable world, and the series will have to end. Orange Is The New Black is a comedy that’s bitterly sad, a scary drama with a sense of humour, a rude romance, and sloppy political piece. It is never perfect but it is wholly individual. Season 3 is the saddest, and funniest season of show yet. A season that finds the walls closing in on many characters, but the show itself settling into a mordant, melancholy groove.