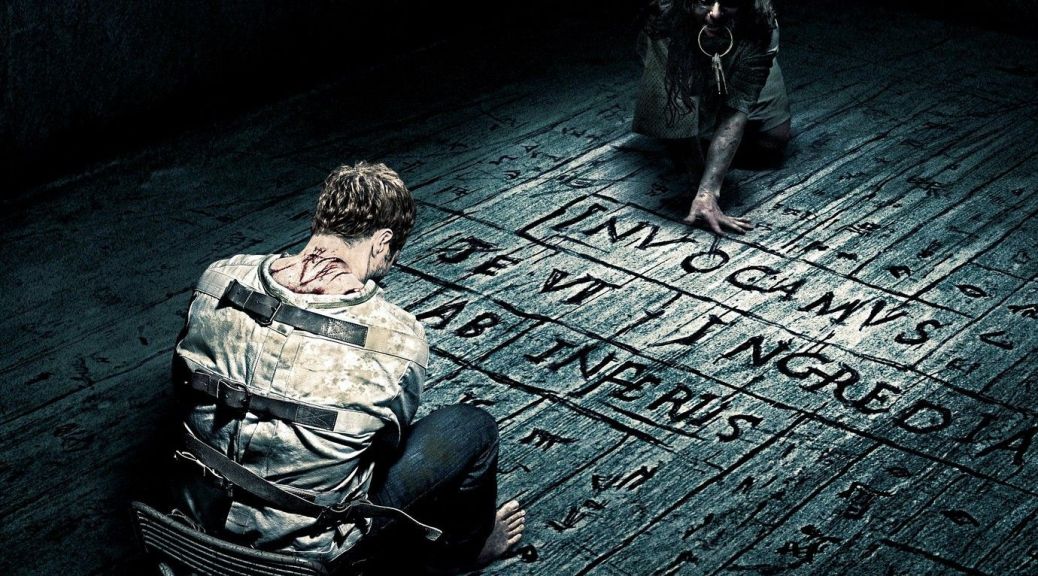 Well damn, another exorcism movie! We’ve seen so many movies and shows approach this concept without offering anything new to the formula. It’s still chilling to watch an exorcism take place on screen but we can always predict the elements involved. Nonetheless, no one loves exorcisms as much as Scott Derrickson. His first big budget film was The Exorcism of Emily Rose, a film that divided audiences when it was first released. That film combined a traditional court room drama with the conventions of a horror/exorcism film. Similar to The Exorcism of Emily Rose, Derrickson approaches Deliver Us From Evil by combining the horror genre with another one, a cop drama.

Deliver Us From Evil follows the real life story of NY police officer Ralph Sarchie (Eric Bana) as he investigates crimes that look to be supernatural in nature. He joins forces with a jesuit priest, who is schooled in rituals of exorcism, to combat the evil that is terrorizing the city.

The decision to turn Deliver Us From Evil into a cop drama with elements of horror is what helps the film to differentiate itself from other exorcism films but it also ends up being its downfall. Deliver Us From Evil gets itself caught up in cop drama cliches that it’s never able to overcome. You have the suffering cop’s wife, the wise cracking partner, hero cop who is hardly home, and when he is, he brings his work home with him. It’s the cop aspect of the movie that gets in the way of its horror side. 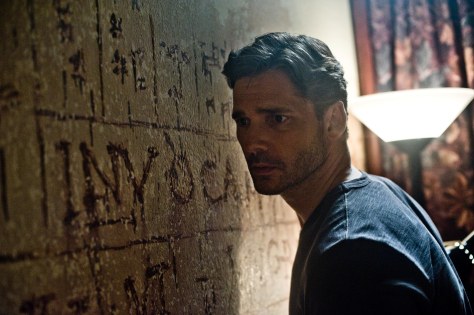 But when Derrickson returns to the horror trappings he knows so well, that’s when the movie is more entertaining. Derrickson’s visual style is fully realized, delivering on creepy atmosphere and some good jump scares. The dark and gritty tone of the film is what makes the two genres work together. His style helps to unify everything. When dealing with supernatural elements, you can see Derrickson having fun with the film, using killer music cues by The Doors. You’ll want to hear Break on Through to the Other Side, but at the same time be a little scared if that song ever came on.

However, Deliver Us From Evil is not a memorable film. It’s likely one that people will see once and never again. That’s because it’s generic, there is no standout sequence, no interesting characters, nothing. Characters in horror films are supposed to be memorable but no one is unique enough to standout against other loved characters in the genre. Édgar Ramírez’s character, Father Mendoza, a jesuit priest who drinks and checks out women, is the real standout but he mostly ends up being there for exposition. And because every exorcism films needs a priest. Bana, Munn, and McHale are all cliched cop movie characters. Hero cop, cop’s wife, and funny cop partner, to be exact.

It would have also helped the film if it had a memorable demonic villain, who had an evil plot that had any actual stakes. It’s the script’s fault for never providing any real motivation for all the possessions and death. The demon at the centre of the story only terrorized and possessed the families of the men who discovered his tomb, yes, he did kill other innocent people along the way but there never seemed to be any purpose to his moves. The plot is extremely muddled when it comes to explaining what this demon wants.

When I got out of the screening for Deliver Us From Evil, I thought, it could have been worse. Then more I thought about the film, the more I realized how empty of an experience it really was. You will laugh more than being scared but the laughs are intentional, which is fine. But you can’t help and feel that if Derrickson would have abandoned the cop element entirely or focused less on the hardworking cop and his job and focused at the evil tormenting people then this film could have been much more memorable.

Deliver Us From Evil isn’t a bad film, it’s a mediocre one. On that you would watch at home, late at night, when nothing else is on. The film’s only redeeming quality is Derrickson’s stylish direction but even that only pops up when the director is working with horror elements. Don’t expect the film to be a new take on the genre. It isn’t even as scary as Derrickson’s other work, like The Exorcism of Emily Rose or Sinister but it’s funnier. At least the jokes are entertaining and intentional. The story is supposed to be based on real events, but this is one case where I wish the director and writers would have taken more creative freedoms with the story, to deliver a tale that was more memorable and terrifying. One thing’s for sure, you’ll definitely want to listen to some Doors after.